The 2017 Ford Escape is now available at Tropical Ford in Orlando, Florida!  The Ford Escape is an iconic SUV known for its versatility, offering impressive fuel economy, plenty of space, and even off-road performance. This small Ford crossover vehicle truly has it all, making it one of the most popular models in its segment. The 2017 model year offers some great new features, as well as a sleek design and some minor mechanical tweaks. Read on to discover what’s new on the 2017 Escape.

Out with the old and in with the new—Ford has updated the infotainment system for the 2017 model year, offering the responsive SYNC 3 feature. This system has all the great features that normally come with SYNC—including voice activation, AppLink, and more—although the SYNC 3 also has an upgraded 8-inch LCD touch screen and interface among other things. Vehicles with SYNC Connect can also hook up to FordPass™ for remote access like starting, locking, and vehicle status updates. With FordPass you can also plan maintenance reminders and schedule start times.

The Escape also has some great new design changes, with a prominent grille and sharp fascia. LED lighting adds a touch of sophistication, while a contoured ride keeps this model looking sporty. You also won’t miss the athletic stance and tall ride height, which is great for added visibility and driving on off-road terrain.
The interior also had some styling changes, with a brand new center console system and convenient media bin. The gear shifter has been moved to be more ergonomic, while three-spoke steering with a heated option complements the rest of the cabin.

Under the hood of the 2017 Escape is an available 2.0-liter EcoBoost engine with a Twin-Scroll turbo design with two chambers. It also has improved exhaust system and an efficient Auto Start-Stop feature to increase fuel economy. This model still comes with the 1.5-liter EcoBoost and 2.5-liter i-VCT engines as well. 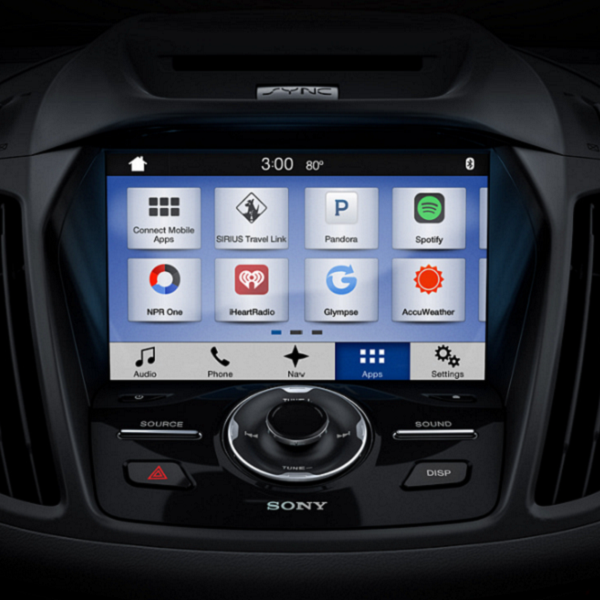