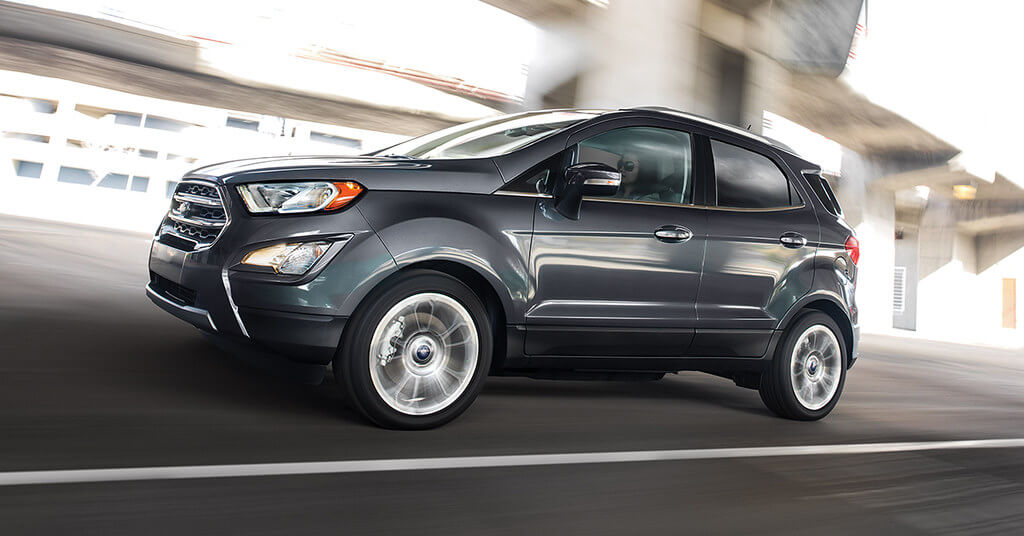 
In the compact crossover SUV segment, price is often an important consideration for budget shoppers. The 2020 EcoSport starts considerably lower than the 2020 Trax — the Ford costs about $1,300 less for the base-trim model.


Every new Chevy Trax comes with a 1.4-liter Turbo ECOTEC four-cylinder engine that produces 138 horsepower and 148 lb-ft of torque, but with the Ford EcoSport, you have choices. The EcoSport comes standard with the 1.0-liter EcoBoost, but you can also choose the available 2.0-liter Ti-VCT engine, which cranks out 166 horsepower and 149 lb-ft of torque.


Compact SUVs are designed primarily for city driving, where the EcoSport is the clear winner. It outperforms the Trax in terms of city fuel economy — the EcoSport yields 27 mpg in the city,* compared to just 26 in the Trax.


The 2020 EcoSport boasts standard FordPass Connect™ with 4G LTE Wi-Fi that allows up to 10 devices to connect to the internet seamlessly; the 2020 Trax only allows for up to seven devices. The EcoSport is also available with the industry-leading Ford Co-Pilot360™ suite of safety technologies.


Want to drive home in a winner? Choose the Ford EcoSport, available at Tropical Ford.